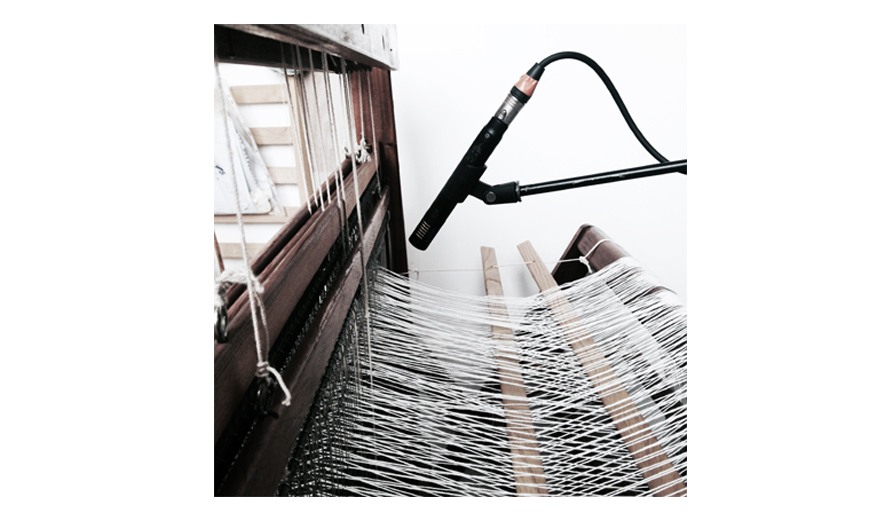 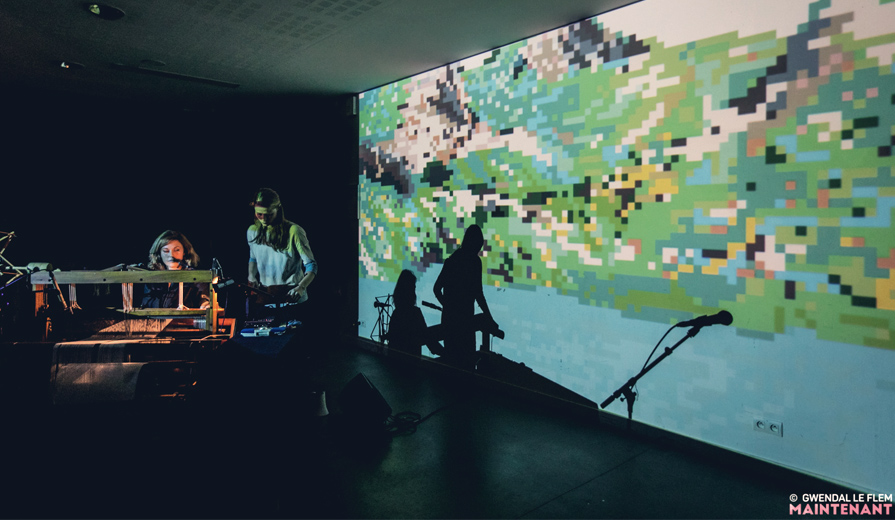 The proposal of this device in an electronics festival is directly in line with a questioning concerning the mechanization and digitization of new looms.
The loom is itself the ancestor of the computer: with a binary code system, a full, a void, which according to a defined sequence, produces an image.

During the presentation at Nuit Textile 2.0

this first part proposes a device where the image of weaver’s scores (contextures), reworked into soundscapes, are projected on a wall and scroll in synchronicity with the “pieces” of weaving that are being constructed.

By making the spectator question the relationship between image and sound, inviting him to ask himself whether it is the sound that creates the image, or the image that creates the sound, we propel him into the process of textile manufacture. This proposal refers directly to the birth of the jacquard loom: it was the son of an organ musician who had the idea of adapting this weaving process to create the famous hole cards initially present in a barrel organ.

Where the sound passes through, the threads pass through.
for the device of the sound loom,
Where the wires run, pass the sound.

By a musical definition, an illustration of the evolution of the weaving work in time is built.
Through loom songs, we question and explore the loom that makes music.

For Musica Textilis project ,
we continue the exploration of the sound loom in the form of a residency with  Eric THOMAS

The new Loom measures 3M x 2M x 3M – We are immersed in the mechanics of weaving with an investment all the more physical, Choreographic, that we amplify, in addition to the sound device, with a device of “prepared loom” . 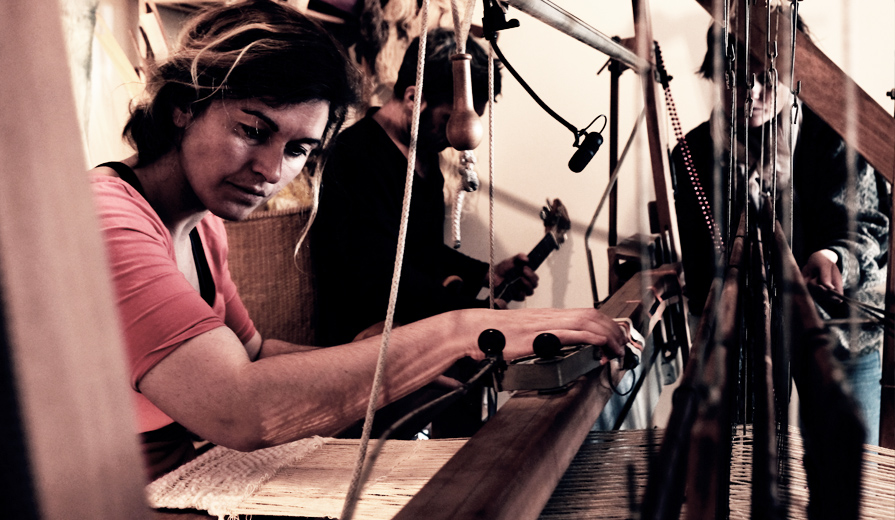 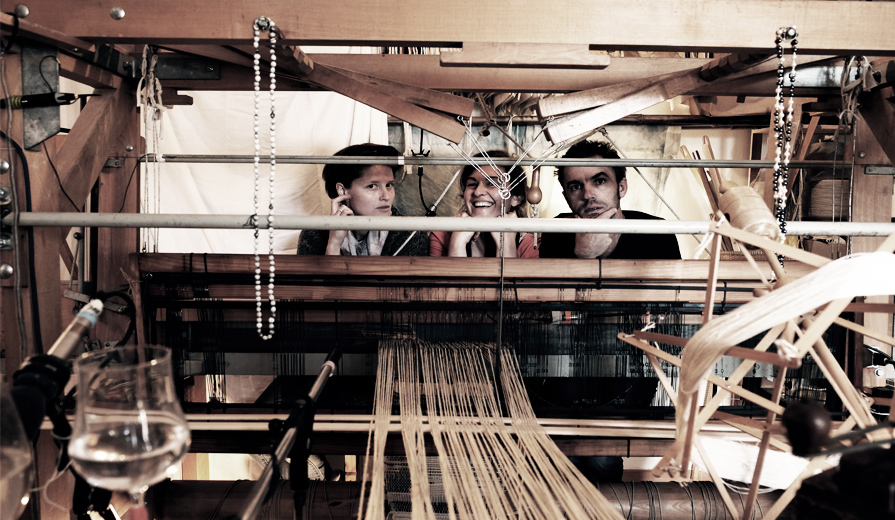